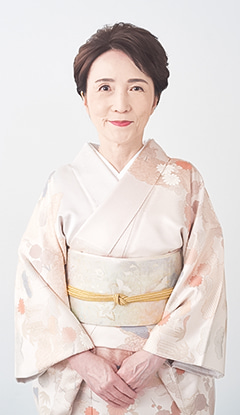 Nami Kineie was graduated from the Department of Traditional Japanese Music of the Tokyo National University of Fine Arts and Music.

She has been performing at various stages both at home and abroad as a Nagauta Shamisen and modern Japanese Shamisen artist.

Nami Kineie is also a part-time instructor for the Faculty of Education of the Bunkyo University and Toho Gakuen College of Drama and Music; Commissioner of Nagauta Kineie ryu; and a Member of the Pro Musica Nipponia.

about
2016
Performances and Workshop in Singapore.
2016